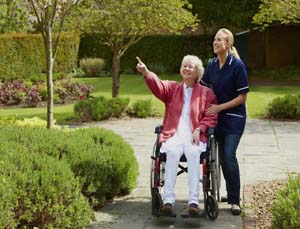 Live-Carers to help the elderly. The age-old question and the dilemma of how best to look after one’s elderly parents, this has always been a challenge.

Traditionally families as a matter of honour took on the caring role of their parents. Regardless and irrespective of their physical or mental condition/shortcomings.

However, in today’s fast-paced and often stressful life with huge financial pressures on families. This is especially the case where both parents work full time. Then caring for elderly parents in any meaningful way, just CANNOT be done. Attempting it could lead to burn-out or worse.

Live-in care to our elderly folk offers the best solution.

This especially applies when there are no family close-by.

For example, years ago it was ‘the norm’ that families were more close-knit and lived within close proximity. Moreover, most mums stayed at home to look after the house and family.

In the future with the ever-increasing elderly population in the UK, and indeed worldwide, we can expect to witness more pressures in this area. Especially as the kids will find impossible to be there for them. Especially with so much financial pressure being faced by so many.

Live-Carers to help the elderly is for sure the best, but far from the perfect scenario. Mainly due to very few carers being able to cope with demands. This condition is the toughest challenge for everyone associated with the sufferer. A very demanding role especially for any children to have to face.

There are many cases, where even if the children or other family members are living close-by, they just simply point-blank refuse to take part in caring for their parents.

It says a lot if the parents own children cannot bear to take on the role of carer. Understandably as sadly Dementia produces wide mood swings, irrationality, anger, and aggression, it can destroy the lives of everyone associated with the sufferer.

A Live-Carers to help the elderly is the only way to have any chance of keeping a dementia sufferer safe and at home.

A terrible and virtually impossible dilemma (divided loyalties) were basically having to choose between either the immediate family or aging parents. We have to admit, in quite a few cases the task of caring for an individual with dementia proved too bi a challenge for some of our carer. We look at each case carefully before taking it on. Usually the best solution os to rarley rotalte the carers Basically they have to regularly take a break from the firing line

The Elderly Community Care what it delivers and what it doesn’t.

Who will take care of Mum /Dad or both?

In other words, who will do what one’s own children are unable/unwilling to do. Choices are; help at home assisted living or a nursing home. Perhaps the grandchildren may take them in!

The most common option is a daily drop-in carer. This ensures that daily the individual/s are up, and about and not suffered any disasters during the night.

However, this is a “sticking- plaster” job, as it does nothing for companionship, interaction, or watching over them to minimise risks of falls.

It’s a known fact that the demise and eventual admission into residential care is a result of a heavy fall. Many elderly people after a severe fall are never physically able to ever live independently again. Falls are the biggest threat to elderly people. But often this serious and real risks of being ignored/overlooked.

Unquestionable the most comprehensive solution is a person to live in with your parents to look after them.

This prevents isolation and loneliness, minimise risks of falls, gives them back a social life and mobility if the carer drives. The carer also can do all the things for you which 20 years ago were taken for granted. Such as: Removing the top off of a bottle, opening a tin can, lifting of weighty items, and numerous other tasks.

Yes, what we offer a live-in carer is expensive. Normally anything between £750-£1200 per week. But our way it works out far cheaper. ‘How come?’ we hear you ask. Quite simple really- carers are not paid anywhere near these high amounts. What we do differently is not to seek such large profits margins.