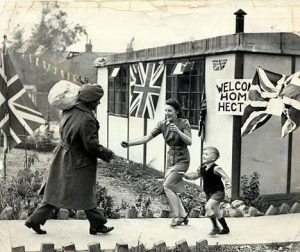 Elderly care at home | What exactly is Involved

Here we take a closer look at elderly care at home. In particular, reviewing the Personal budget option in social care.

Today living at home independently and taking a-‘personal budget’ is the newest initiative in this sphere. We provide live-in personal assistants at more affordable costs

In order to follow exactly where we are now

In the case of elderly care at home, it’s important to explain/recap how things have worked traditionally.

Elderly care provided in your own home

In my lifetime if an elderly person required care and support at home in maintaining and preserving their independence social services were the sole supply source.

In the ‘good old days’ local social services employed the carers directly which worked quite well. You were however totally in their hands,  as to whom/ which carer they supplied. You were not- in other- words-given -a choice.

In tandem, there are independent agency care companies that augmented this service. These independent providers are mainly regulated by the care quality commission.

There are some other providers Non-CQC registered, who would be classed as providers of a personal assistant to the elderly. Much the same service but do not deliver formal care packages,

Outside of all this, we have individuals where the money is no object, who simply write the cheques out -for whatever is needed. They also require personal assistants,

In more recent times social services have cut back on directly employed carers, instead, ‘farming the work out’ to independent care companies -all care quality commission registered.

The latest government initiative has been the introduction of a personal budget option in elderly care at home. Thus enabling greater flexibility, and theoretically more choice and control for the service user.

This is where the service user is granted a sum of money to enable them to employ whomever they consider fit, to undertake the carer role. This can include a paid relative or spouse.

However, there are drawbacks to this. In the case of the typical allowance guaranteed from the local authority being around £400.00 per week, it leaves a big shortfall. The sums many care agencies charges, especially in the south of England, between £800- £1000 thus-leaving quite a shortfall to be made up. In fact, £400.00 per week would be below the minimum wage.

In addition care agencies offer the service offering a very limited choice- if any.!

The “rub here is” the carer receives only a fraction of that sum. In some cases, social services have paid much larger sums where there is no alternative. Where day and night care is involved £2000.00 per week is the norm.

A Viable Alternative. Employ the carer directly. This is where Team Home Help comes into it. We source and identify suitable carers fo the service users and deliver them direct. This way the service user only has to pay the pay requirement of the carer. Going down this route can save on average £200.00 – plus per week. Or we can employ and supply to you. Or they can be self-employed.

What about the standard of carers for example- we supply?

Actually most of our carers have previously worked for care agencies. This means theoretically, you could have the same carer with us at £500-£600.00 per week instead of £800.00 plus.

It may be a surprise to some people that often we supply totally non-experienced carers. The final choice, of course, is not ours, but that of the fee payer.

Today, in this country its a job thousand of spouses (untrained) already perform (unpaid) every day of the week.

No matter how it’s “dressed up” (spun) carers- are no more than mere human beings! None of them are from “Mars”.

It may well be (we assert) there are vested interests at work here. Carers ‘dressed up’ in such a way people are frightened to step out of the comfort zone.

Bearing in mind the amount carers are paid compared to what the service users are charged……hmmmm!

With our creative approach -Elderly care at home at more affordable rates is deliverable.